More than 75 per cent of businesses face a digital skills shortage, warns British Chambers of Commer

Companies are facing a shortage of digital skills, according to a survey released today by the British Chambers of Commerce.

In January, the BCC conducted an online survey of 1,465 people working in SMEs and the manufacturing and services sectors to discover how great this shortage is and how it affects businesses.

The survey found that 84 per cent of firms think digital and IT skills are more important to their businesses than they were two years ago. A total of 76 per cent of businesses say they have a shortage of digital skills in their workforce, ranging from 52 per cent at a slight shortage to 3 per cent at a critical one.

At 72 per cent of respondents, the most important skill to companies are basic computer skills, followed by communicating and connecting through digital channels at 71 per cent and management of digital information at 69 per cent.

More than 52 per cent of businesses said an issue caused by this skill shortage is increasing workload on existing staff. Higher operating costs were considered an issue by 29 per cent of respondents and 28 per cent said it caused difficulties in meeting customer requirements.

It is unclear what the best way is to solve the shortage, but 41 per cent of companies claim that a lack of time for staff training is one of the main reasons.

Difficulty in identifying appropriate training and the high costs of training at 32 per cent and 25 per cent respectively are also considered barriers.

Director general of BCC Adam Marshall said business leaders must combat the skills shortage at the risk of impacting their bottom line and getting “stuck in an unproductive cycle, where the failure to take action has serious consequences.”

It's not only business this affects as well; a study released last month found that half of charities don't have a digital strategy.

Marshall also suggested firms take advantage of services from training providers (in January, Microsoft offered up free training and Code Clan had its first anniversary in the same month) and encouraged the government to take the skills shortage into account when considering immigration policy.

“Government must help as well, by recognising that some of the high-level digital skills businesses need will come from overseas so a pragmatic immigration system needs to be in place to provide firms with access to the workers required to fill the gaps.”

What Should My Business Consider Prior To Actual Marketing 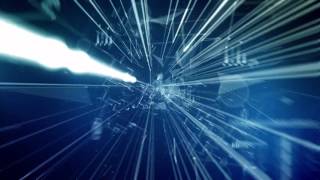 What Should My Business Consider Prior To Actual Marketing

More than 75 per cent of businesses face a digital skills shortage, warns British Chambers of Commer

THE EVOLUTION OF DIGITAL TO VIRTUAL MARKETING 2016